We are a leading provider of technology-driven solutions that transform the patient experience and financial performance of healthcare providers.

We deliver proven ROI across the entire revenue cycle – front, middle and back office. This enables our customers to achieve an optimal revenue cycle – one that promotes patient satisfaction and improves financial performance.

Our mission is to make healthcare simpler.

Our values guide us.

We commit ourselves and our success to our customers’ ability to achieve business objectives, support overall mission and values and provide better care to patients.

We work together the right way.

We are inclusive, collaborative and unselfish in seeking the best outcomes for our customers and the organization; we have fun and challenge one another with respect.

We learn, inspire and grow.

We make developing others and ourselves a priority and maintain an environment where everyone has the opportunity to operate at the highest level to succeed.

We strive for operational excellence.

We deliver on our commitments, differentiate on performance and exceed customer expectations.

We communicate to optimize performance.

We all share a responsibility to be bold, open and transparent in our communication, to listen to one another and to seek and react to feedback constructively.

Transforming revenue cycle operations for care organizations across the country.

One of the Fastest-Growing Healthcare Companies

Hospitals, health systems and physician groups depend on RCM technology to deliver results that keep them financially viable in a very complex and dynamic environment. With competing priorities for funding, it’s crucial to have a partner that will make continuous investments and stay ahead of the latest innovations by: 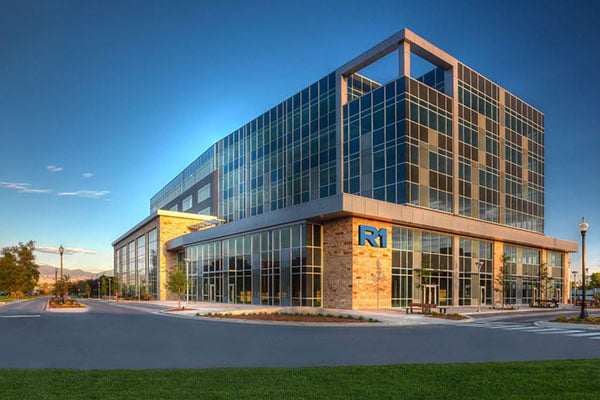 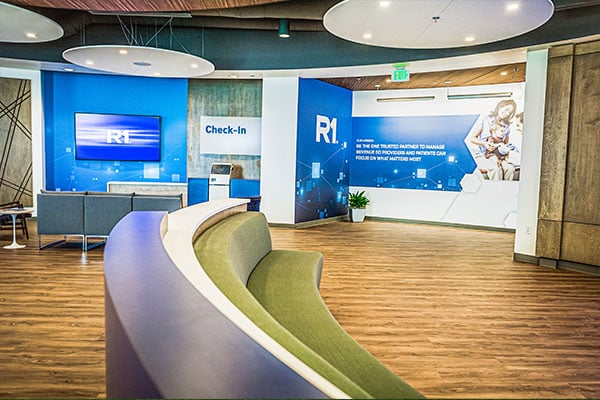 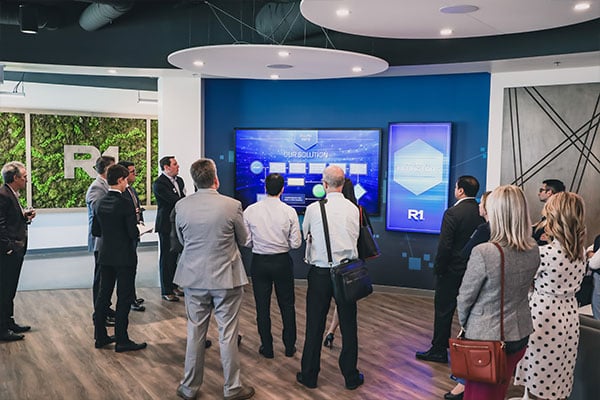 We are committed to being a company where everyone is included and valued for unique strengths. We recognize that inclusion and diversity are critical to driving innovation, retaining top talent and helping serve our customers. We are leveraging our Inclusion & Diversity program to give our associates opportunities to grow, develop and bring individual strengths to work each day.


Proud to be named one of the Best Places to Work for LGBTQ+ Equality by the Human Rights Campaign.

We strive to make a meaningful impact in our communities by focusing on community service and volunteerism related to health, education & human services. We are committed to being good corporate citizens everywhere we operate, serve and live, which is why we empower our associates to reach out to identify and address social issues in their communities. As a part of our commitment, we provide all U.S. associates with 16 hours of paid time off to participate in volunteer activities.

Learn how we transform the revenue cycle with solutions that streamline the
patient experience, drive operational efficiency and improve financial performance.

Joe joined R1 in June 2013 and serves as Chief Executive Officer, and a member of the Board of Directors. To this role, Joe brings 20+ years of management experience and will drive continued operational excellence, technology leadership and value creation for R1's client partners. Joe served as Chief Operating Officer prior to May 2016 and was instrumental in creating and standardizing the R1 Performance Stack℠.

Previously, Joe served as a Senior Vice President of Worldwide Operations and Supply Chain at Applied Materials, Inc. Prior to joining Applied, Joe held executive positions in global operations for Nortel Networks Corporation, a telecommunications equipment manufacturer, since 2006, including President of Nortel Business Services from August 2009 to February 2010, and Senior Vice President of Global Operations from August 2007 until August 2009. From 1993 to 2006, Joe held a number of positions at General Electric Company, a global infrastructure, finance and media company. Joe holds a Bachelor of Science degree in Mechanical Engineering from the United States Merchant Marine Academy.

Lee Rivas has more than 20 years of leadership experience in technology and healthcare. Most recently he served as the Chief Executive Officer of Cloudmed. Prior to joining Cloudmed, Lee was a senior leader at RELX, a global provider of information analytics solutions, and served as CEO of the healthcare division. Lee was instrumental in building the healthcare technology business for LexisNexis Risk Solutions which combined consumer, provider, and health plan data to deliver analytic insight to customers.

Prior to RELX, Lee was an engagement manager with McKinsey and Company. Lee began his career as an officer in the U.S. Army where he held several leadership positions in the U.S. and abroad. Lee is a graduate of the United States Military Academy at West Point and holds an M.B.A. from Harvard Business School.

Jennifer Williams joined R1 following the acquisition of Cloudmed, where she served as Chief Financial Officer since July 2020. Prior to Cloudmed, Jennifer served as Senior Vice President and Chief Financial Officer of Corporate functions for Change Healthcare. Earlier in her career, she was the corporate controller and global finance leader at First Advantage and held financial leadership positions at LexisNexis Risk Solutions for over 10 years. She began her career with Ernst & Young.

Jennifer has a B.S. and Master of Accountancy degrees from Auburn University and is a certified public accountant.

Kyle Hicok joined R1 following the acquisition of Cloudmed, where he served as President and General Manager. Prior to Cloudmed, Kyle has served in numerous positions where he was responsible for multi-state revenue cycle operations, national consulting and shared service operations, including as, Vice President of Revenue Cycle Management at Optum360 from 2014 to 2017; in various roles at MedeAnalytics from 2011 to 2013; Huron Consulting Group Practice from 2008 and 2009; and Stockamp from 2001 to 2008.

Kyle has a B.A. in Financial Economics from Gustavus Adolphus College and a Master's in Business Administration from the University of Florida.

Kate joined R1 in November, 2018 as Executive Vice President, Chief Human Resources Officer. In this capacity, Kate is responsible for charting the course of our HR strategy and talent development needs for transforming the commercial infrastructure in healthcare.

Prior to joining R1, Kate spent 15 years in various HR leadership roles at Aon. In her last role at Aon Kate was responsible for a broad mandate relating to HR strategy and delivery including Total Rewards and HR Shared Services. Kate is experienced in driving large scale change initiatives including business transformation, global platform implementation and HR business process outsourcing (BPO) and offshoring. For the past decade Kate has held global roles overseeing teams and clients in Eastern and Western Europe and Asia / India in addition to North America. Prior to joining Aon in 2003, Kate worked at CIGNA where she was a graduate of the HR Leadership Program. She holds a Master of Industrial and Labor Relations (MILR) degree from Cornell University. Kate resides in Chicago and enjoys distance running, having completed 3 marathons.

Steve Albert is Executive Vice President and Chief Product Officer for R1. He joined R1 following the acquisition of Cloudmed where he also served as Chief Product Officer. Steve has over two decades of leadership experience in new market development and product innovation for enterprise-scale data management and analytics organizations. He leads R1's product vision and roadmap, drives product innovation, and helps grow the company through expansion into new markets.

Prior to joining Cloudmed, Steve held product and market development leadership roles at 1010data, Mastercard, Equifax, and GeoPhy. He has extensive experience leading and scaling go-to-market, product, and data science teams that delivered product-led revenue growth. Steve earned a bachelor's degree from Davidson College and an M.B.A. from The Wharton School of Business.

Brian Gambs is Executive Vice President and Chief Technology Officer (CTO) for R1. He has a passion for healthcare tech and deep experience growing a global healthcare technology organization. Before coming to R1 in 2022, he served as Chief Technology Officer at Bright Health. There he led the technology team and was responsible for all IT functions, including the cloud-based data platform and product development.

Brian also served as Vice President of Engineering at Athenahealth, managing the development of consumer-facing and mobile applications as well as software used by entities throughout the healthcare ecosystem. He was as co-founder and CTO of two start-up companies, including Patient IO, an innovative healthcare technology company acquired by Athenahealth in 2016.

Kristina began her career with GE, where she held several leadership positions in services and supply chain. She served as the General Manager of GE's Healthcare IT business across the Americas. Kristina graduated from Penn State University with a mechanical engineering degree and earned an M.B.A. from The Wharton School of Business.

Sean joined R1 in February 2017 and serves as Executive Vice President and General Counsel. Sean has over two decades of experience guiding corporations through a wide range of business and legal matters, including strategic planning, intellectual property protection, client and vendor engagement, human resources, mergers and acquisitions and all aspects of public company compliance.

Prior to joining R1, Sean served as General Counsel at Ciber, Inc., a nearly $800M public company providing global information technology consulting and outsourcing to commercial clients. Prior to Ciber, Sean spent eight years as Chief Corporate Counsel and Chief Compliance Officer at IHS, helping to build a global intellectual property portfolio. Prior to that, he worked as a senior attorney at WilTel Communications, a major telecommunications firm. During his 20-year law career Sean also served at three Tulsa, Oklahoma-based law firms.

Corey joined R1 in January 2015 and serves as Chief Compliance Officer and Executive Vice President, Compliance & Risk. Corey leads the company's global Compliance, Integrity and Risk Management programs with a commitment to building and enhancing compliant and ethical operations through subject matter expertise and a partnership-oriented approach with employees and customers alike. Corey's responsibilities include monitoring, mitigating and educating on risks across all service lines.

Prior to joining R1, Corey served as Senior Compliance Officer and Legal Counsel at Downers Grove, Illinois-based Advocate Health Care (2010-2015). Before joining Advocate, Corey practiced law in the Washington, D.C. and Chicago offices of Epstein Becker Green (2001-2009). His practice focused on health care litigation, investigations and compliance. Corey began his legal career as a Trial Attorney handling ERISA litigation for the United States Department of Labor (1998-2001). Corey has frequently presented at local and national health care programs and conferences on compliance and business ethics topics, including at the Health Care Compliance Association's annual Compliance Institute. In the fall of 2017, Corey was featured in Profile Magazine in highlighting his and R1's perspective and approach to ensuring ethical practices and processes throughout the company's culture and workforce. Corey completed his undergraduate studies at Northwestern University and attended law school at Washington University in St. Louis.

Logan joined R1 in 2004 and serves as Executive Vice President, Central Operations. In this capacity he leads our Central Operations and Shared Services where he is responsible for providing a scalable support infrastructure streamlining revenue cycle operations. He also has responsibility for Physician Advisory Services teams. He has held numerous other roles at our client sites across our markets over his career.

Prior to R1, Logan spent six years at Stockamp and Associates focused on revenue cycle consulting and change management projects. He led internal teams of consultants in achieving net revenue and cash improvement at client hospital sites across the country. Logan received his Bachelor of Arts in Economics and Political Science from Northwestern University. He currently resides in Charlotte, North Carolina.

John joined R1 in January 2004 and currently serves as President. John is the operational leader of our revenue cycle customer engagements. Prior to this role, he served in various other positions including leader of the East region, leader of the Ascension Michigan Market, and other leadership roles in our Shared Services group. He brings extensive experience in all aspects of running modern revenue cycle operations.